It starts with fire and ends with rain,
zero is infinity
and my home
is filled with strangers,
yet their strangeness is not reciprocal.

zero
Everything’s unpointed,
worth the special introductory
price of free.

The scientist Irene in white
peered over her half-moons.

Let’s apply a little logic: if everything
is worthless, so is that idea.
Come with me to Improbable Park.

The Park was at the end of the street
on the edge of a map near the end
of the world, bounded by a faded frame
of reference.

Its trees were made of books
to complete a cyclic process, and the
sky was piecemeal grey with windy dirt
in jet streams blowing to the sea.
The rest was molten cubism
in a nod to setting the scene.

I tore a leaf from a magnolia and read it.

diy
Make your own domestic appliances the easy way.

and for the machines they build—
clothes or crockery, food or a house.

infinity
me:
The fire in the infinite sea
burns fiercely. It’s frightening,
I’d rather watch tv.

Irene:
Infinity is all around us,
you can thank the world
for that.

They say the universe began
in the smallest quantum blip,
but the starting point was as complex
as the universe itself.

I become resentful in the face of the unknown.

You’re only here for exposition
in a conversational milieu,
you don’t exist at all,
yet you babble like an android
and sleep in formal wear.
(The icing on my critical appraisal.)

She came a little closer
and looked into my eyes
while I fumbled in my pockets
for my asthma inhalation. 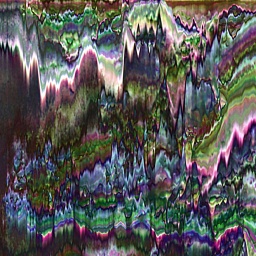 18 thoughts on “from zero to decaf latte”