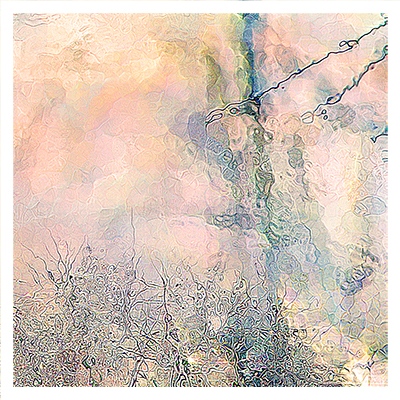 While I was washing roses by the gate
with a dash of liquid Omo on a toothbrush,
fish-heads came to mind,
and I began a metaphysical meander
with just the two of us: my neighbor’s cat and I.

Two chords for self-taught breathing,
causality’s unwound tidal oscillations,
nor birds nor raindrops nor Pangaea:
everyone is waiting for a doorway in the wind,
feather-dusting the furniture for departure.

Self-taught science, so forth art,
henceforth predilections;
a hollow beetle, its midsummer buzz
hyperventilates the unbreathable,
shows you how to finalize the world.

She didn’t like that, the cat:
ending after ending;
lucidity not fluidity,
she preferred.

She, Felix Sapiens, with a doctoral degree in felinity
(only the Egyptians of antiquity caught a glimpse),
and me, with Omo,
fish heads and roses,
a secondhand bouquet.

I almost forgot to mention
the cat’s communication skills:
mostly telepathic, unless
a parallel scratching was warranted.

She whispered softly inside my head.

Which is the rose’s prima petal?
Where does the deciduous moon
start its orbit?

Collateral questions, contemporaneous perplexity,
and I didn’t like that.

She didn’t wait for my deliquescent thoughts.

Once, when the moon was bloated and blue as the sky,
it made Infinity jealous.
She went looking for Eternity
to clarify the universal observer’s role.

As anticlimactic as an unsmoked cigarette.
Still, I would go with her.

dedicated to the cat

artwork
the future of green paint (part above), from VEE, the visual evolution engine, with EMMA, an entropy min-max add-on.