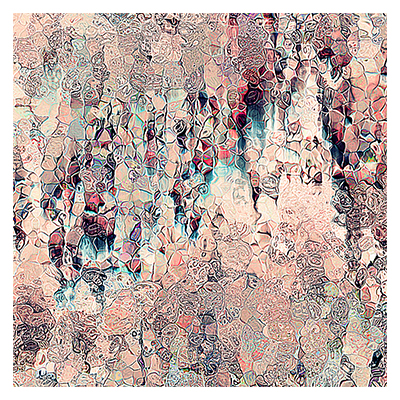 Proteus, the Jurassic prototype person, created Proteus II, a luminous version of himself, by reciting his own name. Following the advice of Archie, the archaeopteryx, flesh-and-blood Evita was created when Proteus II recited her name. After an interlude in which questions of Jurassic fashion were resolved, Proteus II claimed that he’d created Proteus in the same way, that he came first, à la chicken and egg, and the Proteus brothers took to arguing. Part one is here

Evita found a sapling
and whipped them both
around their heads.

Behave yourselves,
you see no further than each other,
yet your vanity knows no bounds.

The brothers Proteus paid no heed,
but in the end, with glowing ears,
(literal and not) they realized that
their circulating arguments
were tiresome and childish.

I have some plans, Proteus II announced,
I’ll be travelling to the future Ethiopia.
The prototyping phase is over,
it’s time for the production version.

Proteus felt the need to match his brother.
If it’s foretold by the woolly stars tonight,
I may invent decaffeinated coffee,
or else conditional phrases are on the cards.

Evita was more decisive.
Too much does not exist, too little does.
We’ll ride the skyward winds on pterosaurs,
cross the mountains to an evergreen plain,
a checkerboard of orchards
with Granny Smiths and a snake or two.

Archie, the demure archaeopteryx,
took an interest.
Snakes? Rather tasty I expect.

artwork
entropica (part above). This is a single frame from a video made by VEE, the visual evolution engine with EMMA, an entropy min-max add-on.